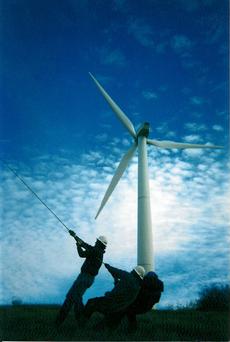 Sub-Megawatt for Power Consumers in California

Management of complete design process including training of customer’s engineers. Start-up company in California raised private investment capital and is in prototype phase in 2011.

Consulting on the assembly of the Liberty prototype which subsequently went into production with over 400 machines manufactured; preparation of O&M manuals; commissioning of fiber optic load sensing system in prototype rotor which was later installed in over 1200 production blades.

Value engineering of turbine to achieve lower cost of energy, prototype erection and testing, new design and type certification, interface with US government grant authorities. Design changes incorporated into over 300 machines before end of production cycle.  Fleet management for over 800 installed turbines in the US and Europe with outstanding availability. Technology transfer of US designed 750kW wind turbine to engineers, production and service personnel in Germany and Spain.

Upgrades for reliability, streamlining of manufacturing processes, reinforced and upscaled design to become the Zond 750.